I knew that one head had a broken intake flange, but he threw it in for free and I figured I could fix it. What I didn’t know is that he two heads I got we’re from different engines! 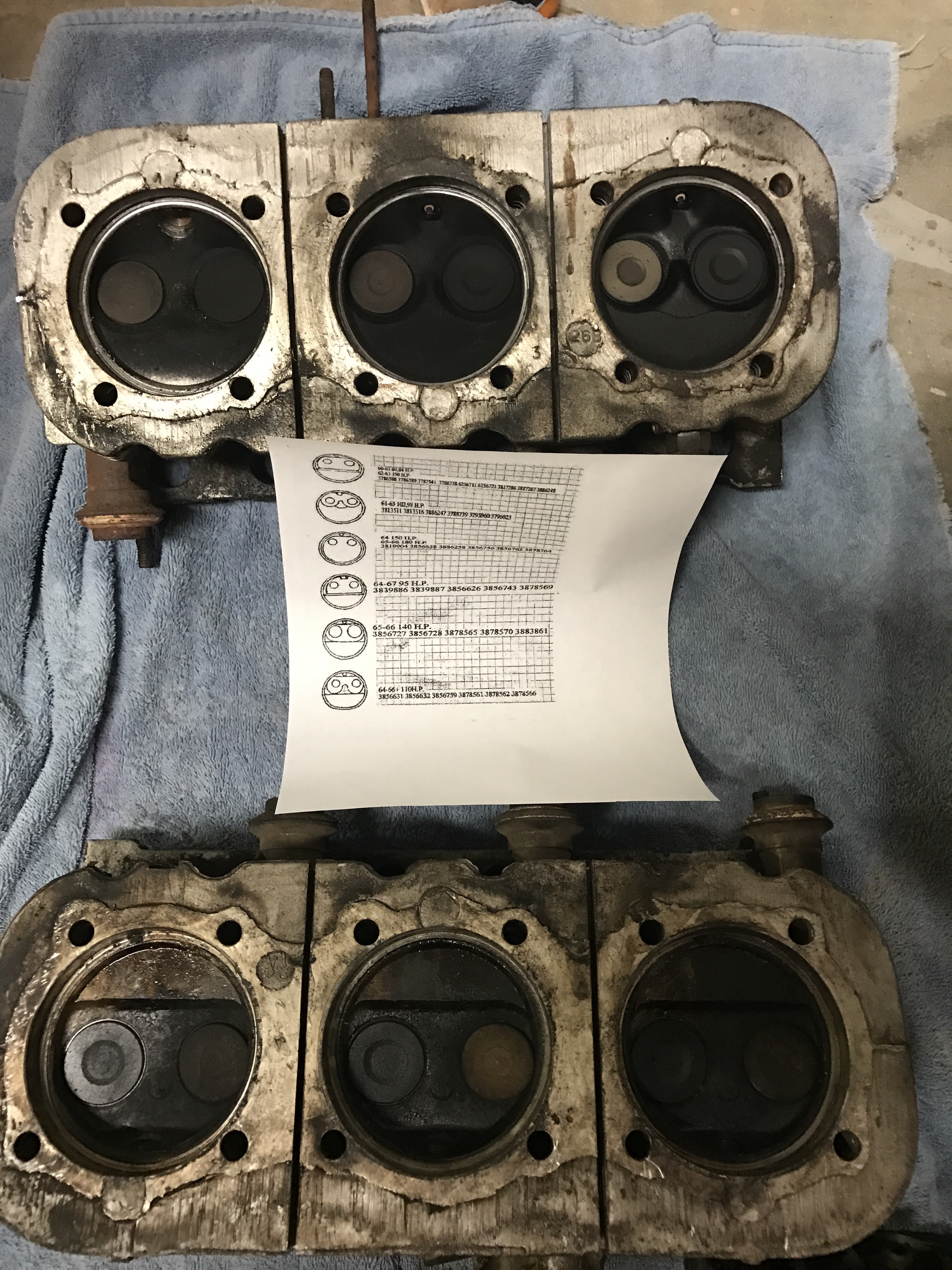 The bottom is the one with the broken flange and appears to be a 95 head (yay!) while the top is a 98/102 head (hmmm). Both looked ok aside of the flange. Well, if I don’t get the heads I want from the second motor, I can always machine the combustion chambers to match. 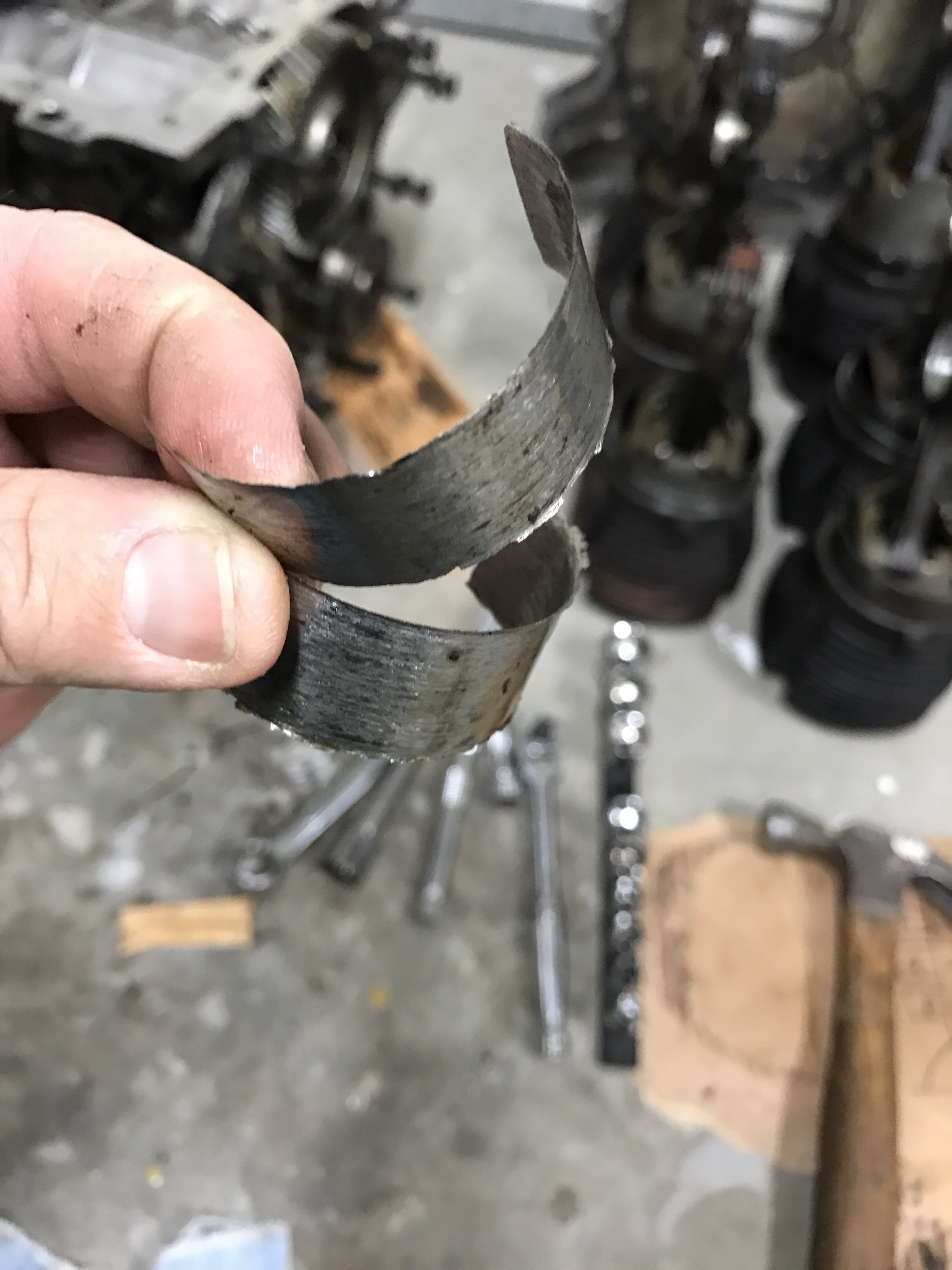 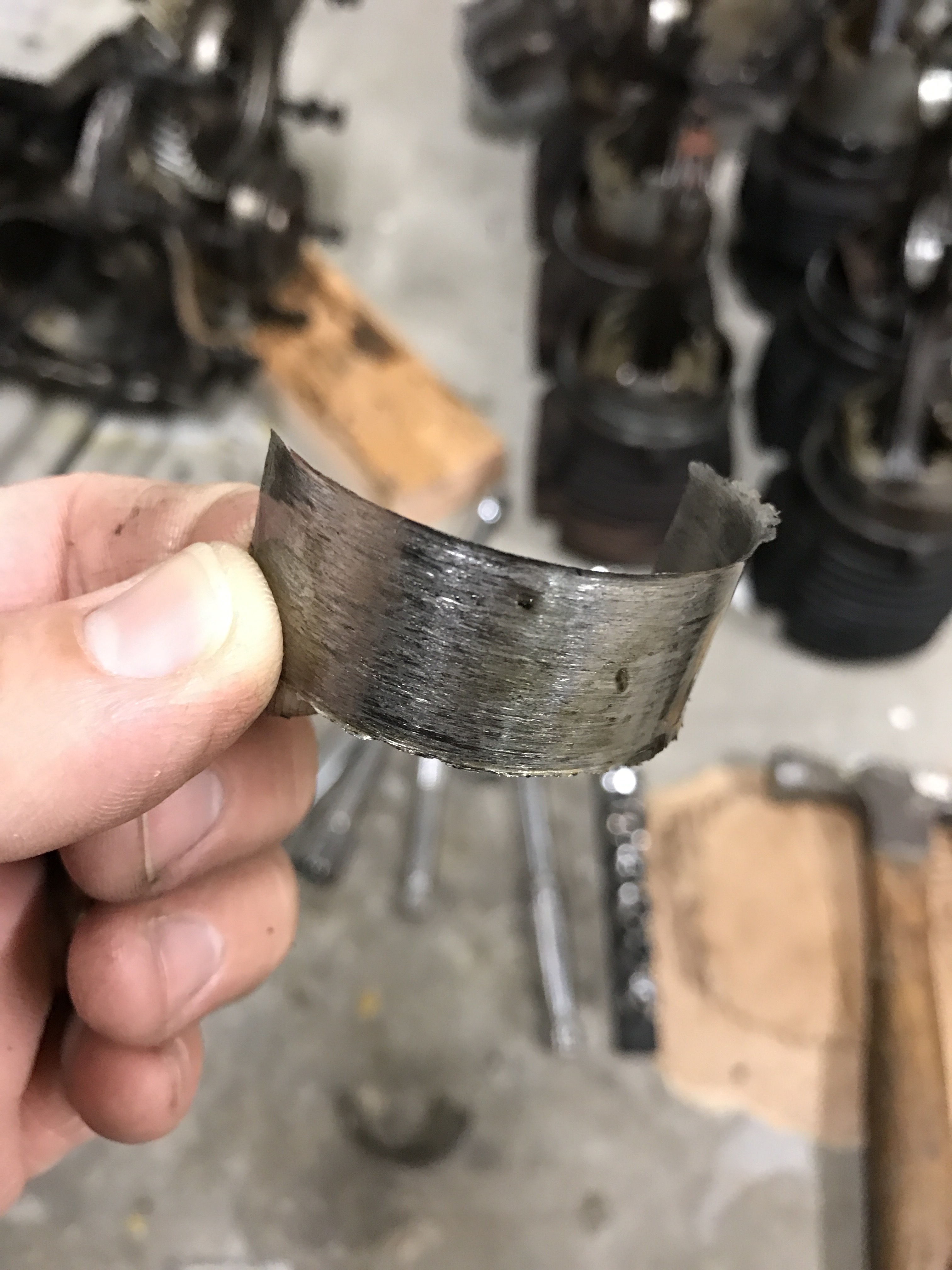 The next surprise came from the #3 con rod big end. It looked as though it only had one bearing. Surprise! What really happened was that the bearings were so worn that one rolled around behind the other! Even with that I might be able to save the rod.

One of these things is not like the other… with all the pistons out, it was obvious that #6 was different. I don’t know what the original pistons looked like. There’s no way for me to tell if #6 had been replaced or if all 5 others had been replaced. One this was for sure, this motor had a hard life. 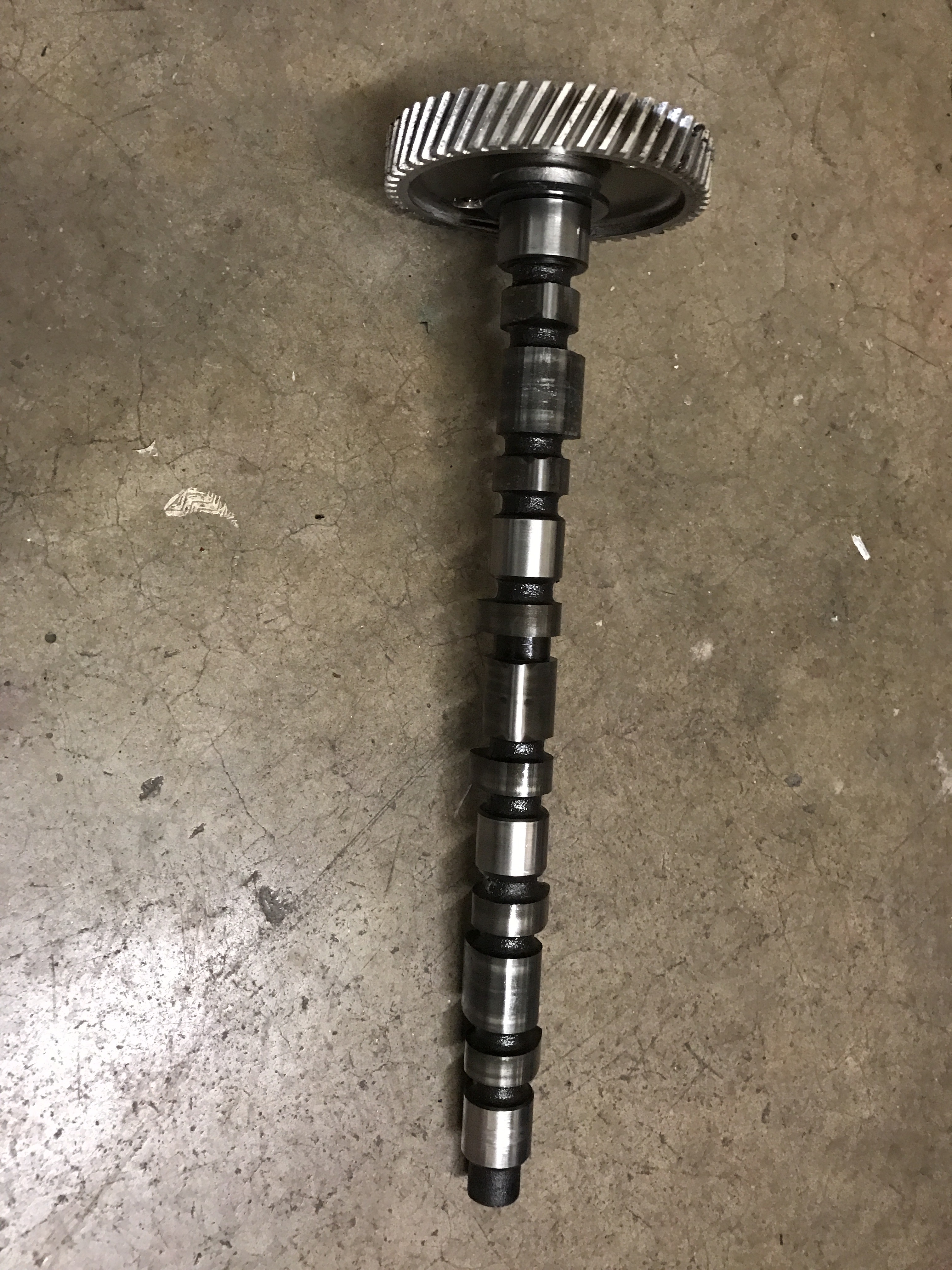 With the pistons out, I cracked open the case to get my two major core items. First out was the cam. Perfectly good core. Cam bearings on the block were worn, but I’ll be line boring this block. 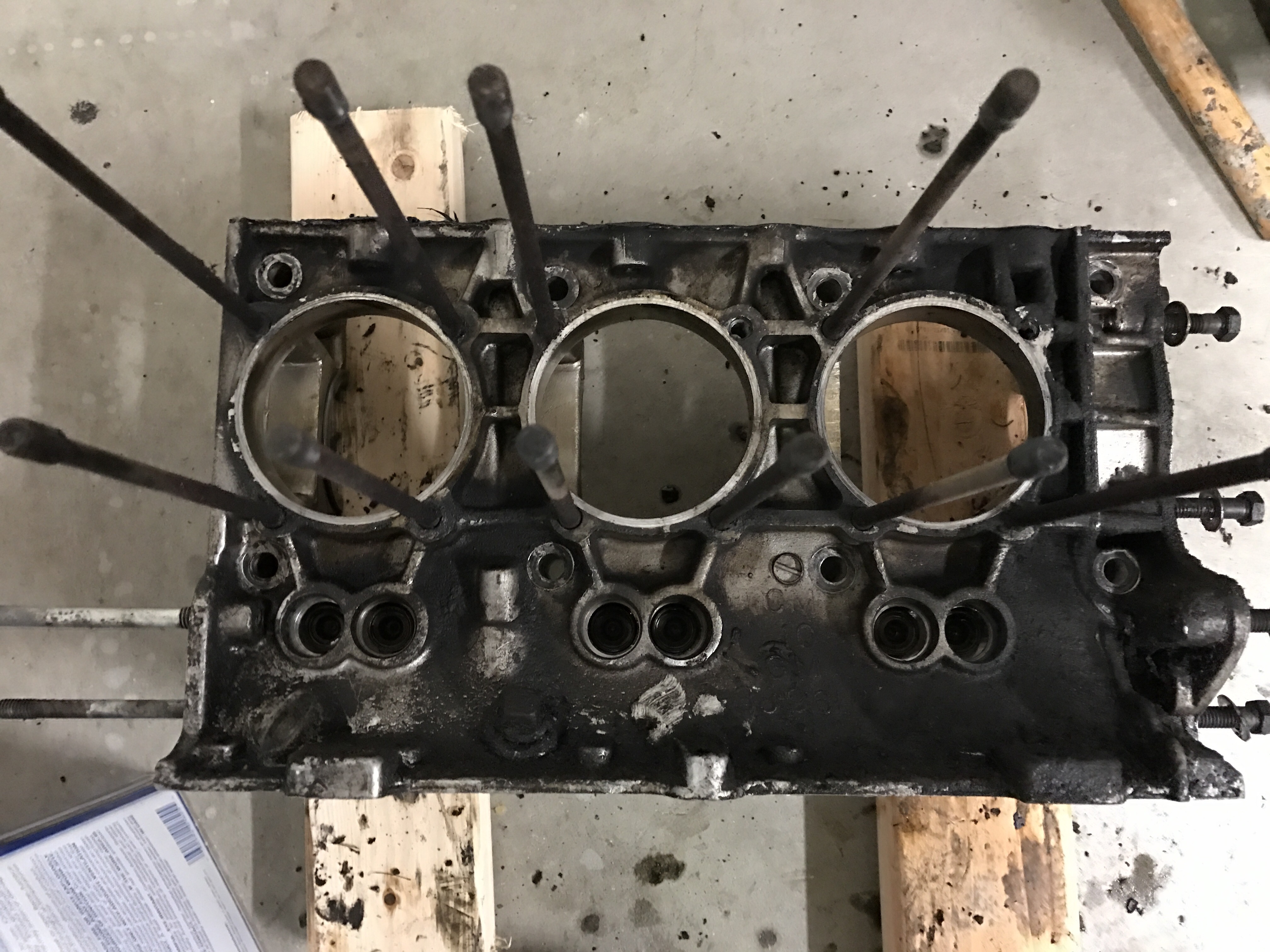 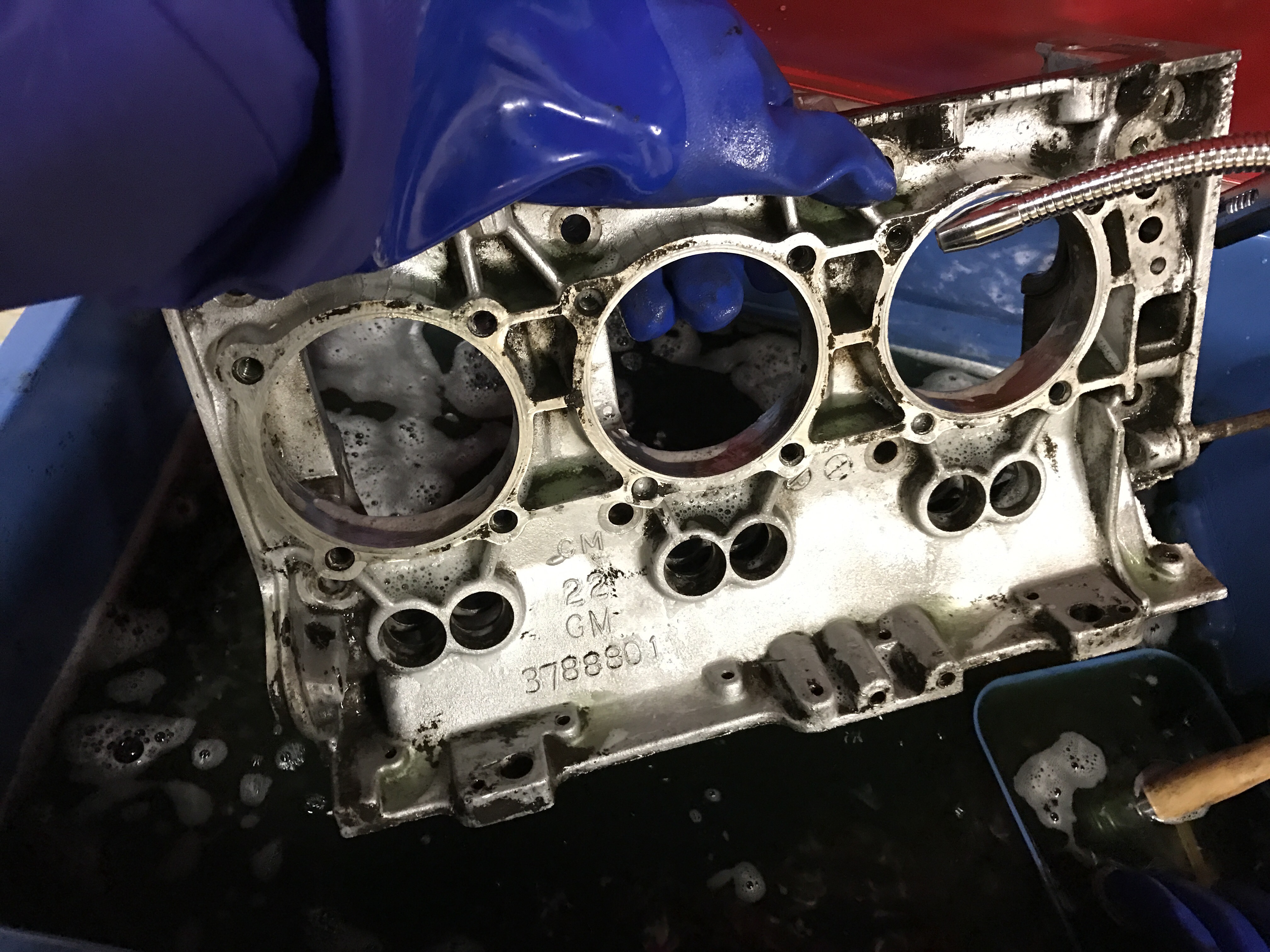 Before and after a night in the solvent tank. Even thought I planed to sand blast the case, this will take off most of the grime that would contaminate my sand blaster.