I put two layers of BID on each side of the Spar joint and repaired a bubble.

I sanded through the layer of BID on top of the bubble with 60 grit being careful on to disturb the foam and roughed up the area 1″ around. I filled the void on top of the foam with micro and cleaned any excess from the surrounding glass. 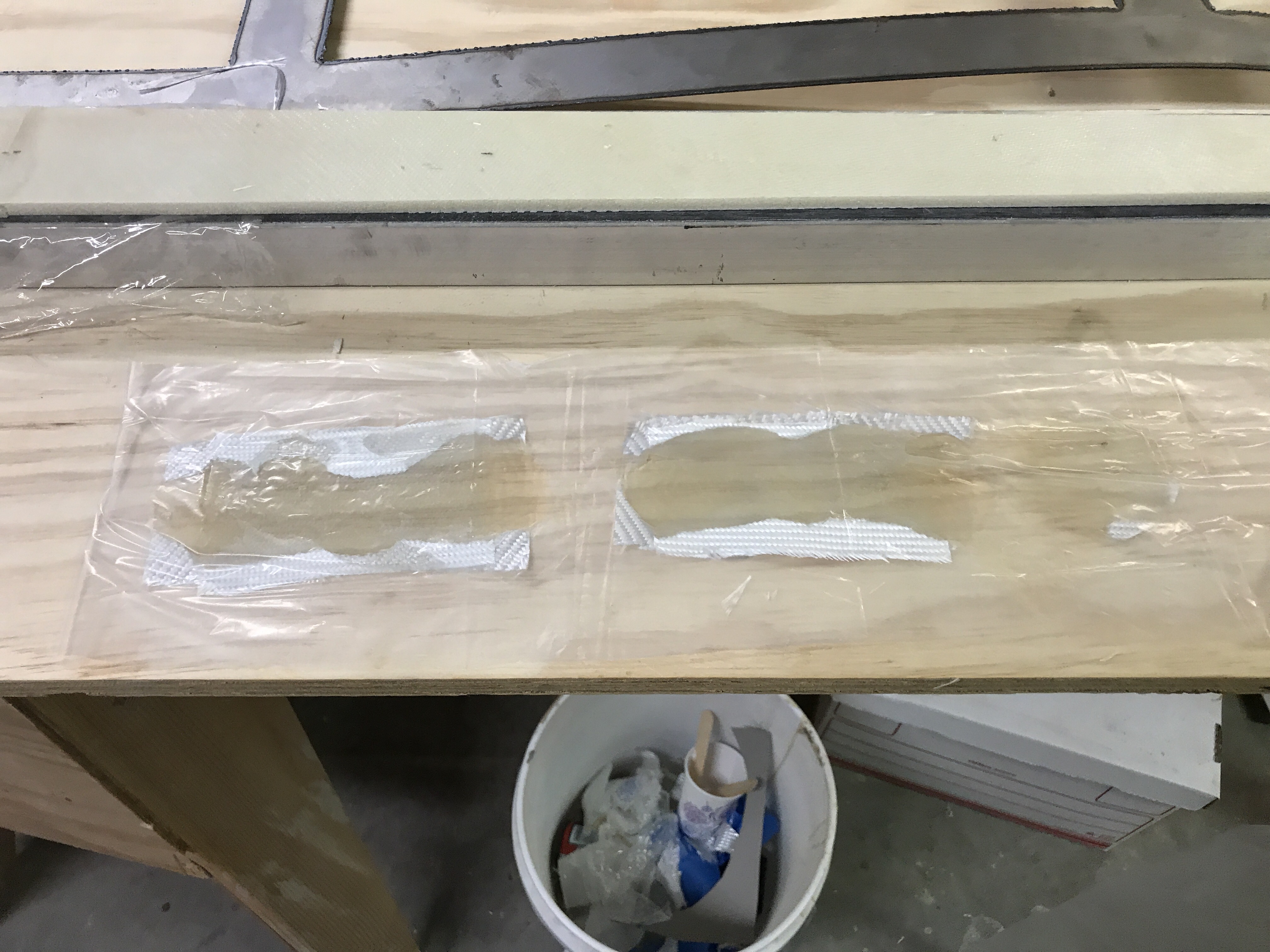 As usual I laid up the glass between plastic. I put one layer of BID over the micro and stippled it smooth. 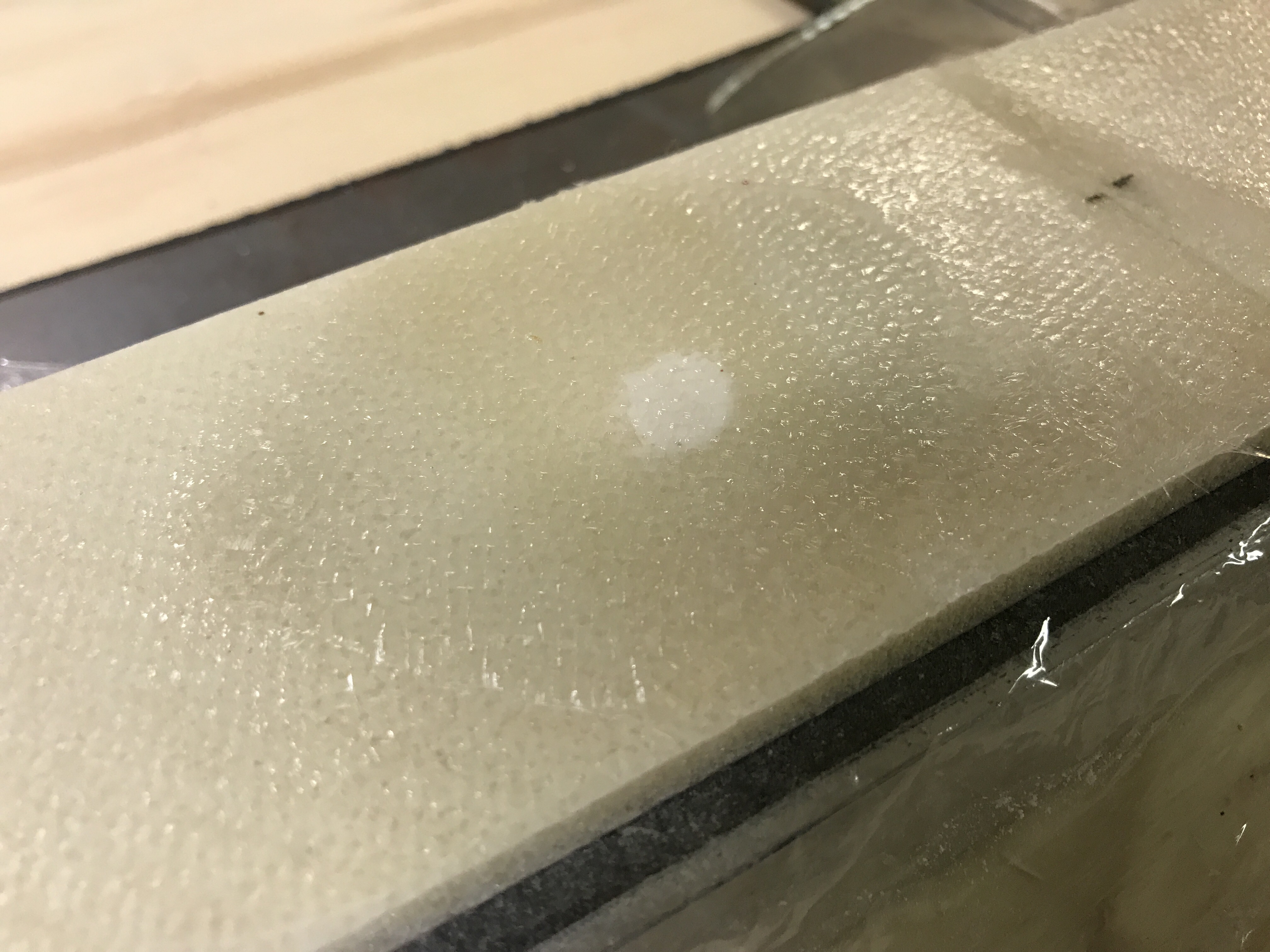 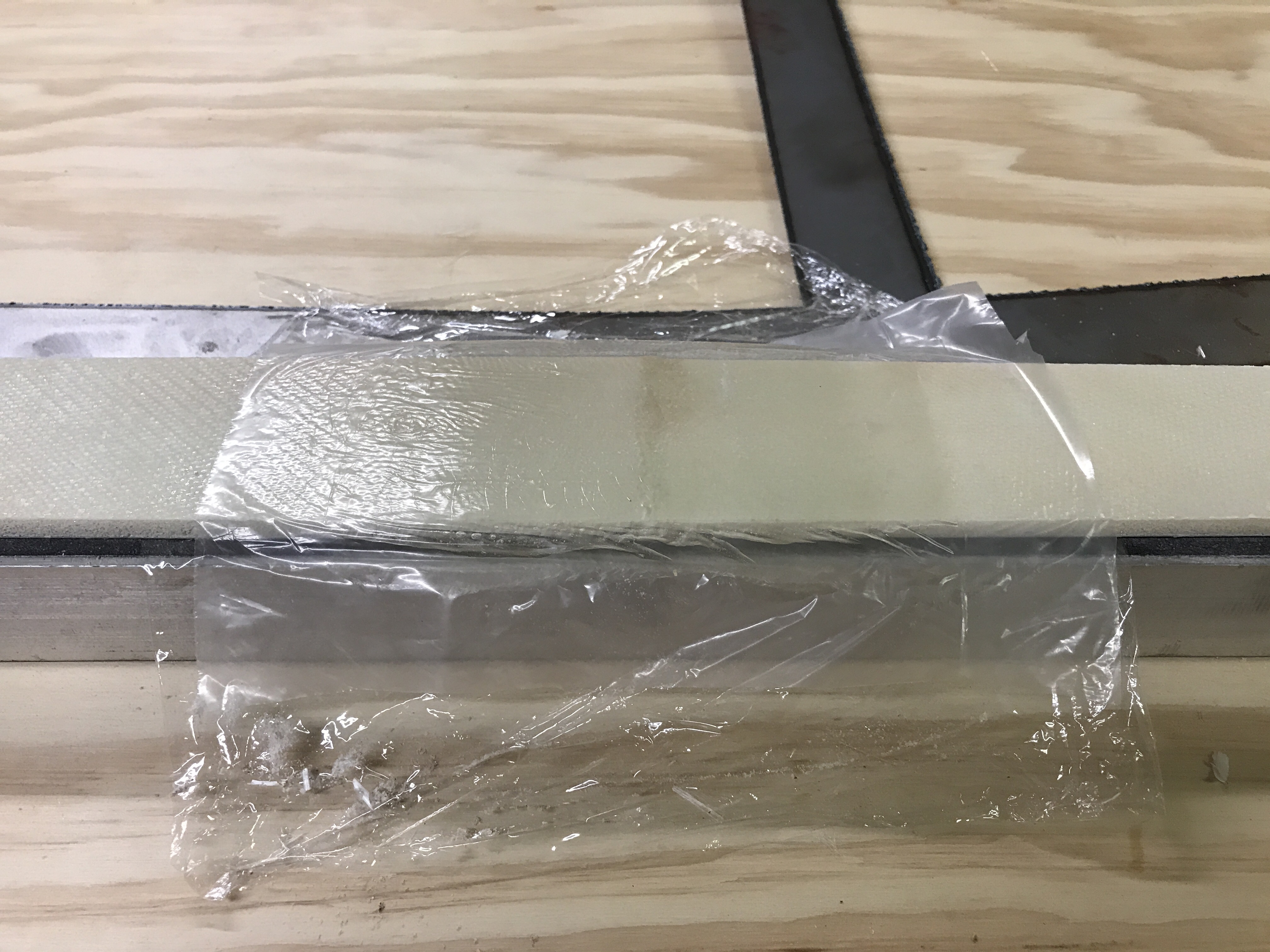 I put the two BID stacks, one on each side and covered the up side with plastic to set.

After it was gelled this morning, I trimmed the excess with a knife. I also marked any of their bubble with a pencil so they could be repaired later. Before repairing them, I will lay out and cut the hard point for the elevator. There’s no point in repairing them if they just get removed for a hard point. The pencil makes them obvious so I won’t miss them later. 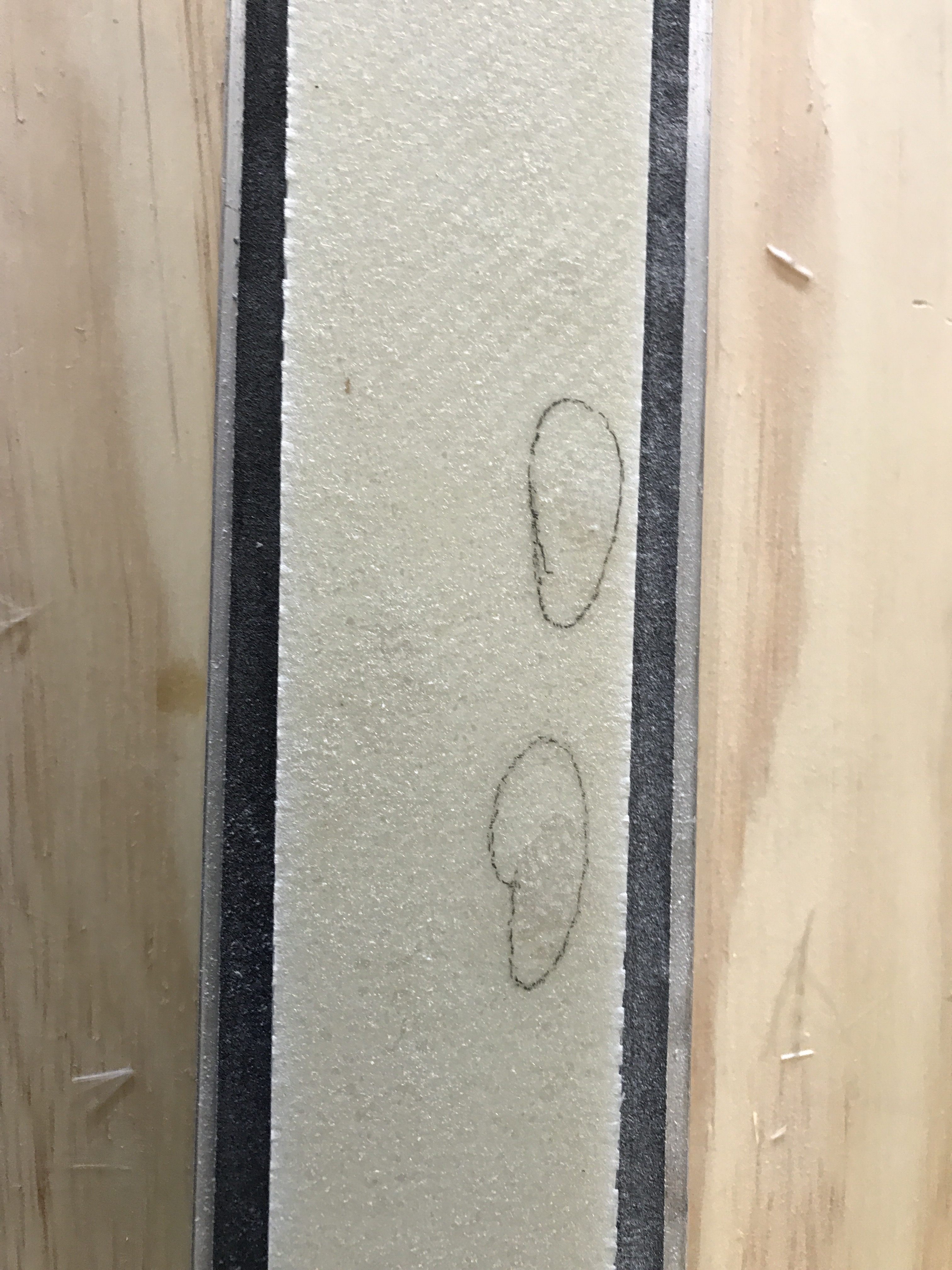